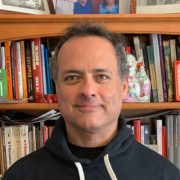 Vijay Prashad is an Indian intellectual, journalist, and historian who is currently serving as the Executive Director of Tricontinental: Institute for Social Research, Chief Editor of LeftWord Books, Chief Correspondent for Globetrotter, and a columnist for Frontline (India). Prashad is an author of thirty books that cover the conception, dynamics, and issues surrounding the Global South, including: Red Star Over the Third World, The Darker Nations: A People’s History of the Third World, and The Poorer Nations: A Possible History of the Global South. He has appeared in two films – Shadow World (2016) and Two Meetings and a Funeral (2017). Vijay will be delivering a keynote lecture at GO SOUTH 2021 on September 13, 2021. 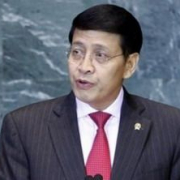 Minister of Foreign Affairs of the Republic of Indonesia (2001-2009)

Hassan Wirajuda is an Indonesian Diplomat and former Minister of Foreign Affairs in two presidential terms, in 2001 under Megawati Soekarnoputri and in 2004 until 2009 under Susilo Bambang Yudhoyono. Throughout his career, Wirajuda has made notable contributions. In the effort of conflict resolution, he has served as key negotiator to two territorial conflicts in the Southeast Asian region– the conflict between Free Aceh Movement (GAM) and the Government of Indonesia and the conflict between Moro National Liberation Front (MNLF) and the Government of the Philippines. He also has an extensive list of multilateral diplomacy, where he led Indonesian delegations in the UN General Assembly, UN Security Council, ASEAN, World Trade Organization and G-15. Hassan will be delivering a keynote lecture at GO SOUTH 2021 on September 13, 2021. 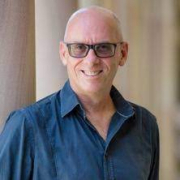 Christian Reus-Smit is a Professor of International Relations at the University of Queensland and a Fellow of the Academy of the Social Sciences in Australia. Reus-Smit’s research focuses on the institutional nature and evolution of international orders. His most significant contribution to International Relations Theory is believed to be his argument on the question of the ‘enigma of fundamental institutions’. He proposes that international societies are shaped by deep constitutional structures that are based on prevailing beliefs about the moral purpose of the state, the organizing principle of sovereignty, and the norm of procedural justice. Reus-Smit has a broad range of publications, including: The end of global pluralism?, Power, legitimacy, and order? and Individual rights and the making of the international system. Chris will be speaking at GO SOUTH 2021 on September 13, 2021. 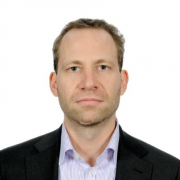 Utz Pape is a Senior Economist in the Poverty and Equity Global Practice and a Global Lead for Data for Operational Impact (D4OI) at the World Bank. He leads teams to design and implement lending projects to improve national statistical systems and to prepare analytical poverty work including poverty assessments, poverty impact studies, and Systematic Country Diagnostics. His work experience in post-conflict countries contributes to his research agenda including the design of methodologies for poverty measurement in fragile settings. His research has received awards and is published in peer-reviewed journals, including Nature. In January 2020 he published a book, with Johannes Hoogeveen, on Data Collection in Fragile States: Innovations from Africa. Pape will be speaking at GO SOUTH 2021 on September 13, 2021. 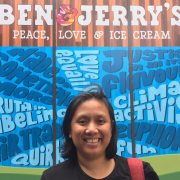 Diah Kusumaningrum is a lecturer at the Department of International Relations at Universitas Gadjah Mada. She is amongst the recipients of the 2020 Peace Research Grant from the International Peace Research Association Foundation. Her notable work includes the reconceptualization of everyday reconciliation and Damai Pangkal Damai (DPD) – a database project that records nonviolent actions in Indonesia. DPD’s monthly recapitulation and annual report on nonviolent resistance in Indonesia and worldwide can be accessed through Institute of International Studies’ website and social media. Diah will be speaking at GO SOUTH 2021 on September 14, 2021. 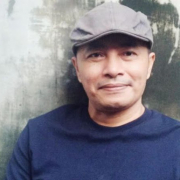 Frans A Djalong is a lecturer at the Department of Sociology in Universitas Gadjah Mada. His area of expertise includes conflict resolution, democracy, political sociology, political economy of development, and global sociology. Frans has had an extensive list of publications concerning the global south, which includes: Crossing borders: Indonesian experience with local conflict resolution, Paths to Peace: Contending Discourses on Communal Violence and Conflict in the Post-New Order Indonesia, and Diversity, Democratisation and Indonesian leadership. His most recent co-edited book was just released this month, entitled Pandemi, Konflik, Transformasi. Frans will be speaking at GO SOUTH 2021 on September 14, 2021. 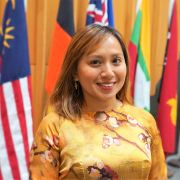 Maria Tanyag is a lecturer and research fellow in the Coral Bell School of Asia-Pacific Affairs, Department of International Relations, the Australian National University. Maria’s research agenda is primarily motivated by the grand challenge of understanding gendered insecurities, contestations and transformative politics in the context of multiple and intersecting crises. Her research project primarily analyzes the overlapping risks of conflicts, disasters, economic recessions, health epidemics and rising fundamentalism impacted by climate change with a geographical focus on the Asia Pacific region and the Philippines. Her publications include: Protests and Pandemics: Civil Society Mobilisation in Thailand and the Philippines during COVID-19, Depleting fragile bodies: the political economy of sexual and reproductive health in crisis situations, and Globalising myths of survival: post-disaster households after Typhoon Haiyan. Maria will be speaking at GO SOUTH 2021 on September 14, 2021. 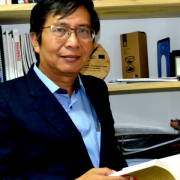 Muhadi Sugiono is a lecturer at the Department of International Relations in Universitas Gadjah Mada. Muhadi’s area of expertise includes peace and security, theory of international relations, and a geographical focus on Europe and global south. Muhadi is also actively contributing to a global campaign to abolish nuclear weapons. He is one of the campaigners of the International Campaign to Abolish Nuclear (ICAN) that received the 2017 Nobel Peace Prize. He recently published a co-edited book called Global South: Refleksi dan Visi Hubungan Internasional with Luqman-nul Hakim and Mohtar Mas’oed. Muhadi will serve as the chair of the seminar at GO SOUTH 2021 on 13 September 2021. 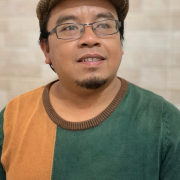 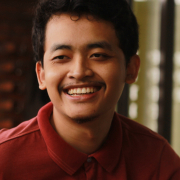 Rizky Alif Alvian is a lecturer at the Department of International Relations in Universitas Gadjah Mada. Rizky’s area of expertise includes religion in world politics, conflict, theories of international order, and South-South solidarity and cooperation. His writings have been published in The Jakarta Post, Tempo, The Conversation, and East Asia Forum,  and in several journals, including International Relations of the Asia-Pacific. Rizky will serve as the chair of the seminar at GO SOUTH 2021 on 14 September 2021.