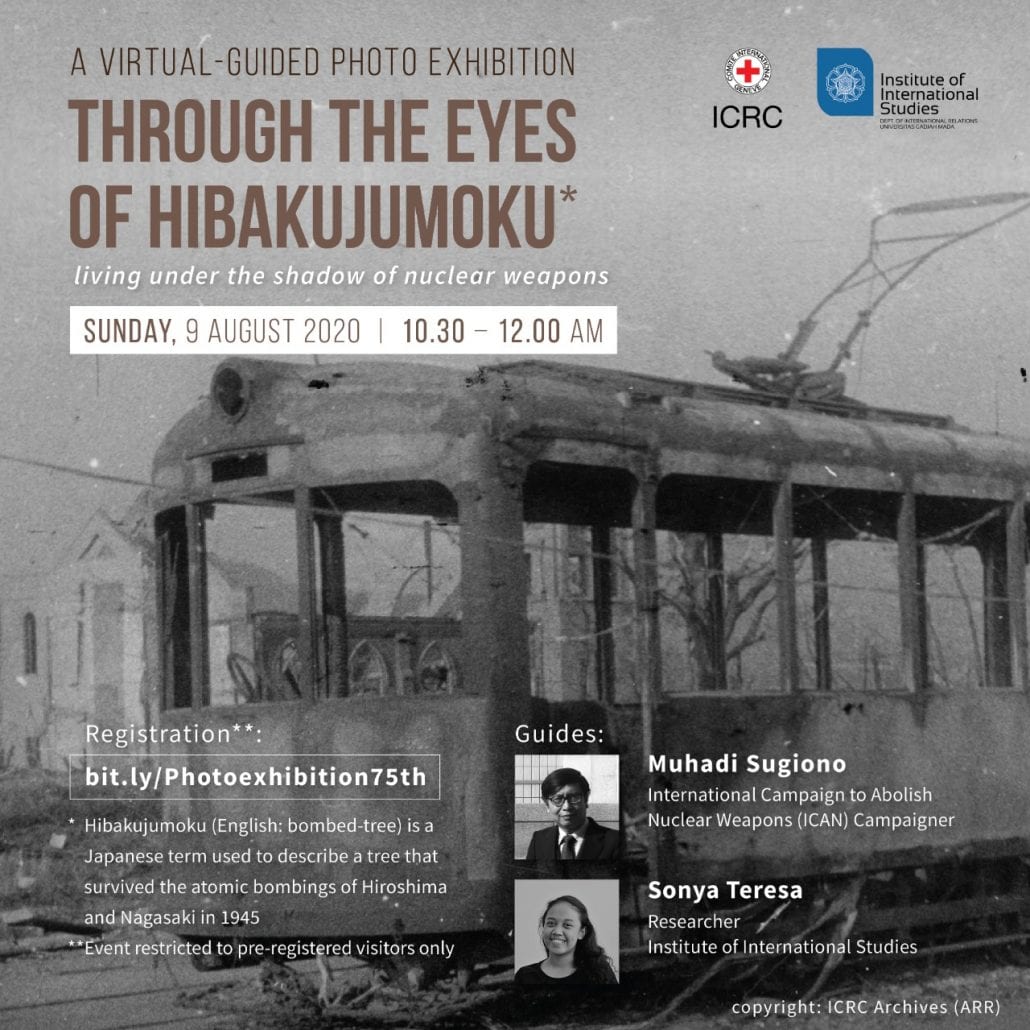 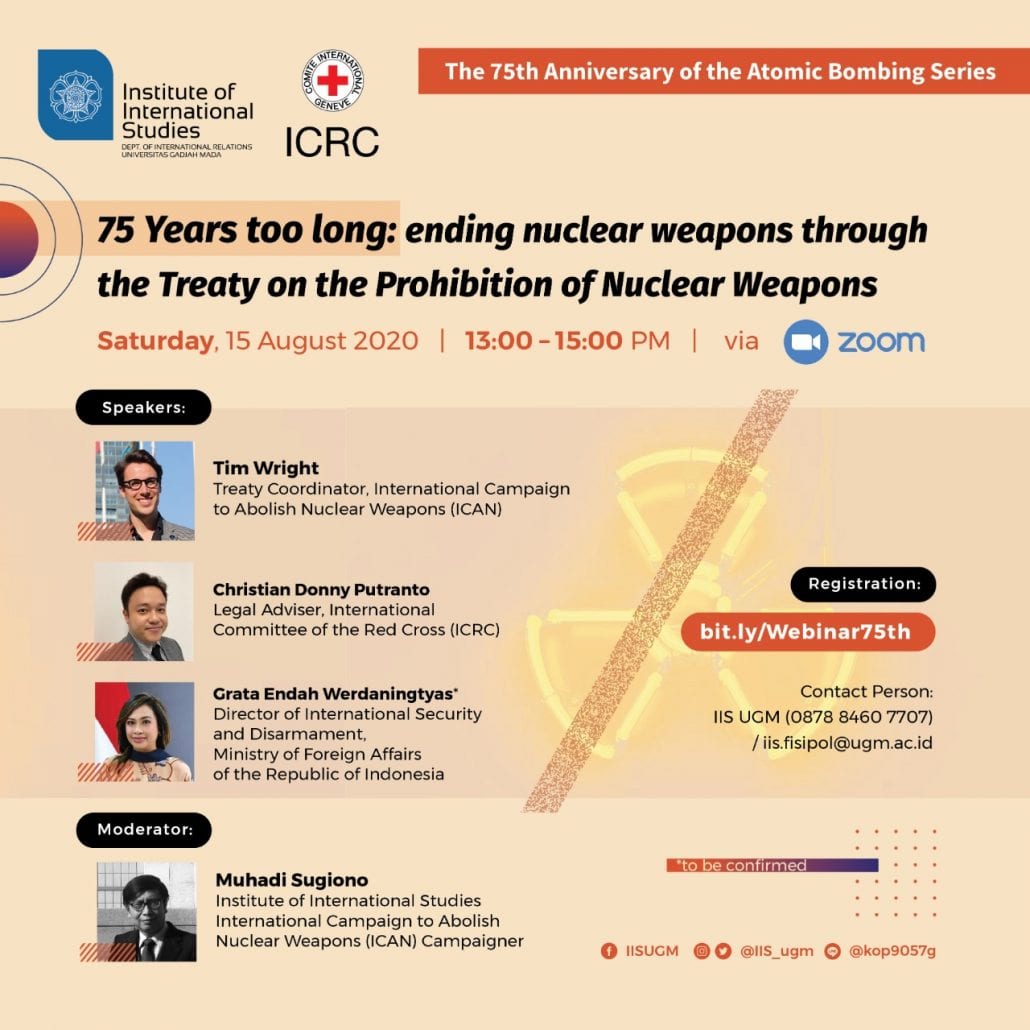 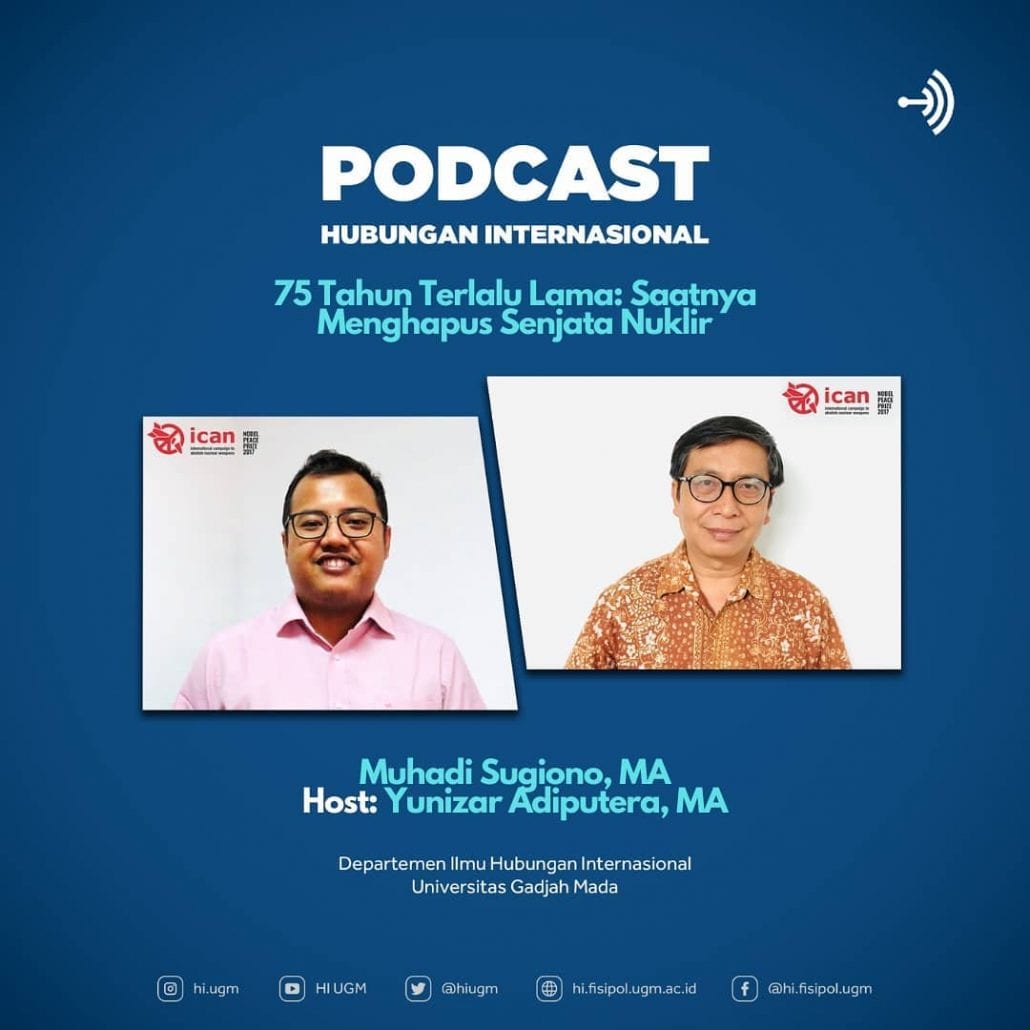 While the Indonesian government has committed to support various efforts for the nuclear non-proliferation agenda, the progress for ratifying TPNW at home remains slow-moving. As ratification calls for the approval from the parliament and translated into a specific law, constant support from key stakeholders and the public are essential to accelerate the process. Recent dynamics in the region, especially after the AUKUS pact, have raised concerns from Indonesia and Southeast Asian countries on the danger of ‘nuclearisation’ and regional destabilisation. These conditions provide a new incentive to mainstream the importance of TPNW adoption.

IIS UGM recognizes the importance of TPNW ratification and nuclear weapon’s ban, and in partnership with International Campaign to Abolish Nuclear Weapons and International Committee of the Red Cross Indonesia will advocates and manage several activities to raise and spread awareness about the danger of nuclear weapons.

This campaign aims at supporting Indonesian participation and formulating a strategic agenda for the MSP forum, regardless of the ratification progress. Although there is no guarantee yet that Indonesia would ratify the TPNW by the time of the MSP forum, its participation either as a state party or observer at the MSP remains essential.

The main reasons are as follows :

To help reach that goals, IIS UGM organizes several activities that aim to raise and spread awareness about the danger of nuclear weapons, and how indonesia’s active participation can affects the ban of the weapon.

There are four separate activities for the campaign, such as :

The social media campaign aims to raise public awareness on the issue. This campaign will be launched on Instagram, Facebook, and Twitter; and be conducted in two forms: 1) Infographics containing brief information around the development of the nuclear weapons issues, recent research and advocacy; 2) Photo story. We will choose several representative photos with the story behind them as captions. These photos will also act as a ‘trailer’ to one of the main events, the Virtual Photo Exhibition. This activity will be scheduled regularly everyday.

A virtual photo exhibition will showcase the life after the Hiroshima-Nagasaki tragedy, the catastrophic harm nuclear weapons caused, and the long-time battle to promote the banning and abolishment of the mass destruction weapons. The virtual exhibition expects to bring the audiences to a reality where the development of nuclear weapons is still ongoing; side by side with our perceived peaceful everyday life.

The storyteller (guide) will explain the story behind each curated photograph to the pre-registered audiences for 30-40 minutes and followed by a discussion afterward.

Recap of the Virtual-Guided Photo Exhibition can be found here

*Hibakujumoku (English: bombed-tree) is a Japanese term used to describe a tree that survived the atomic bombings of Hiroshima and Nagasaki in 1945. This temporary title refers to a condition where nothing has significantly changed to the global state of nuclear weapons ban after 75 years of the tragedy that took thousands of lives; as if human are ‘forced’ to learn to survive from it just like Hibakujumoku, instead of being protected from the preventable incident at the first place.

Webinar will invite government officials, NGOs, and academicians as a panel of speakers and public as the active audiences. This webinar aims to ignite a debate and discussion on the dynamics within the nuclear weapons issue in Indonesia. There will be a separate TOR for the webinar.

Recap of the Public Webinar can be found here

The Department of International Relations, Universitas Gadjah Mada that houses IIS has an active podcast that regularly discusses about international relations issues. This podcast is open to public; delivered in Indonesian; and promoted on social media. Approaching the anniversary of Hiroshima-Nagasaki bombing, we will release an episode with an invited expert to talk about the issue. 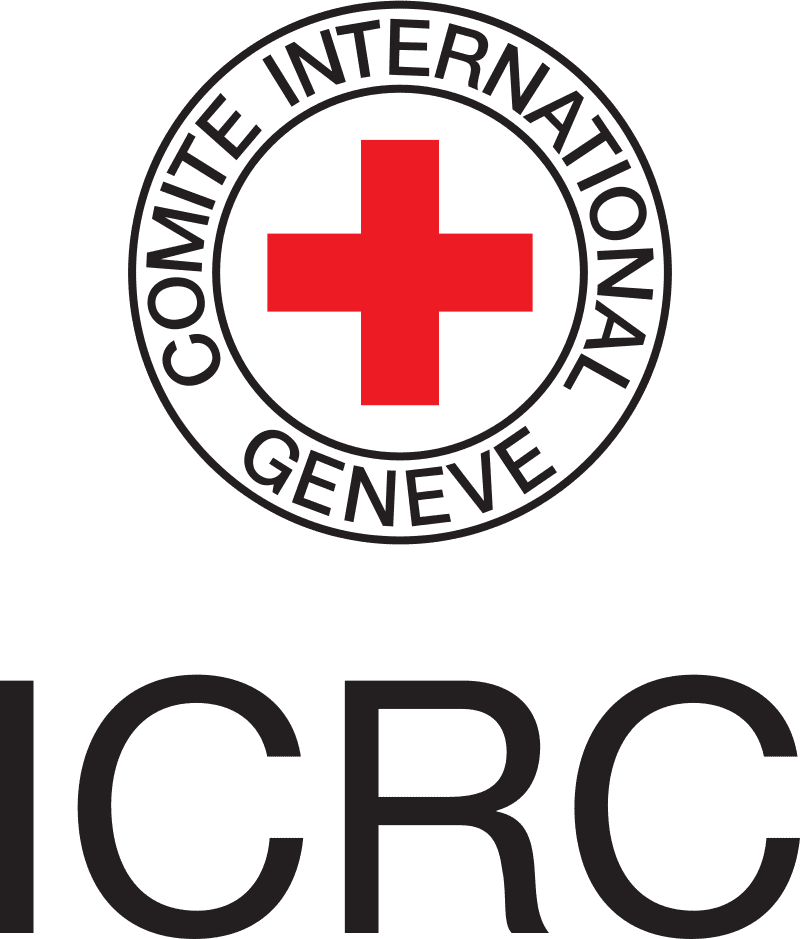