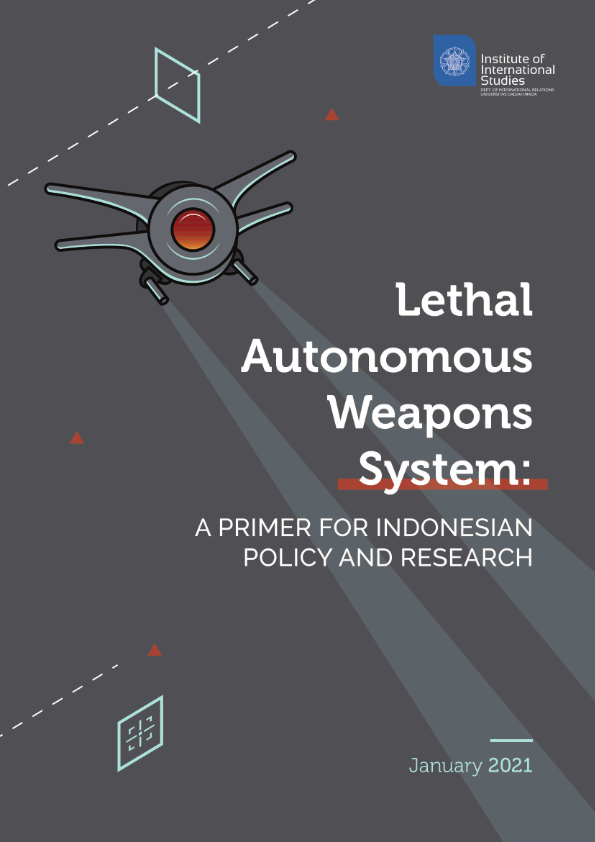 With the growing dependence of technology, our lives are becoming increasingly automated, and automated system can be found anywhere from civilian to military use. The term “Killer Robots” itself refers to automated weapon system of the military around the world that becoming more and more autonomous, and can be deployed in a conflict without minimum or any human interference. This, will result in a technologically advanced weapons, but prone to risk of target misidentification and can lead to loss of unnecessary civilian’s lives during conflict.

Therefore, autonomy in technology needs regulation because governments and companies are developing weapons that automate the decision to use force. We need to push forward and pursue the international law that not only regulates the use of such weapons.

Institute of International Studies, Universitas Gadjah Mada is an active campaigner and partner of Campaign to Stop Killer Robots, and already participated 2 periods of campaigns (2019-2020 and 2020-2021).

Through the Campaign to Stop Killer Robots, there are three specific outcomes that are expected:

The main goal of the campaign is to pursue new international law that regulates and ban the usage of Killer Robots in any form of conflict, to avoid the risks of target misidentification  and the loss of civilian lives.

To reach those outcomes, between 2 periods of campaigns (2019-2020 and 2020-2021), IIS UGM organizes several activities related to LAWS and Killer Robots. The activities is as follows :

Primer : A primer is an introductory book aimed to educate and clarify the issues of LAWS to the stakeholders and public. The primer – written in Bahasa – will be published to the public and laid as a basis to advocate the stakeholders.

The primer can be found here

Round Table Discussion : A national meeting is conducted in a form of forum group discussion with stakeholders and policy makers to state an urgency and help shape Indonesia’s position on the issue of LAWS. Scheduled once.

Recap of Round Table Discussion can be found here

Coffee Talk on Killer Robots : Semi-formal talk show inviting relevant speakers from academics, ICRC, and roboticists, to be held in the Digital Library café. The objective is to inform and educate the public about the dangers of autonomous weapons and issues surrounding it. It is planned to be held in November and December.

Recap of Coffee Talk on Killer Robots can be found here

Recap of the visit can be found here

Social media campaign : A campaign that emphasises the use of infographic content containing brief information about LAWS and the issues surrounding it posted on IIS’ social media. The main target is social media users to raise their awareness on the issue.

Podcast : Using a podcast as a platform, the host (IIS) will be talking with an expert to discuss the LAWS issue. This podcast will be advertised on social media and using DIHI’s channel. Scheduled twice.