On Thursday (29/11), Institute of International Studies, Universitas Gadjah Mada (IIS UGM) held Humanitarian Talk discussion as part of Campaign to Stop Killer Robots series with the theme “Coffee Talk on Killer Robots”. The event which was held at Digital Library Café, Fakultas Ilmu Sosial dan Ilmu Politik, Universitas Gadjah Mada tried to offer a talk show concept which focuses on giving explanation to the public about the definition of killer robots, by discussing the advancement of information technology (IT), weaponry, and artificial intelligent (AI) in which all of them can not be separated by the advancement of the killer robots itself. IIS UGM held such series of events as a form of participation in global campaign under Campaign to Stop Killer Robots in order to raise awareness and increase the understanding of the people regarding the humanitarian consequences caused by Lethal Autonomous Weapon (LAWs). As a result, the campaign is expecting the emergence of solidarity to push the government in national level to not using autonomous weapons which will cause destruction and death of civilians.

On this occassion, IIS UGM invited Dr. Muhammad Rifqi Muna, MDefstud, researcher at Lembaga Ilmu Pengetahuan Indonesia (LIPI) also Dr. Sugeng Riyanto, lecturer at International Relations Universitas Muhammadiyah Yogyakarta (UMY), both of the speakers have special interest on the advancement of killer robots. The discussion session is moderated by Yunizar Adiputera, M.A as the convener as well as the leader of Campaign to Stop Killer Robots IIS UGM team.

The session was opened with foreword by Yunizar which explained a brief definition of LAWs. Autonomous weapon is different with drone, in which both have fundamental different on degree of control, target selection, and accuracy attack. Also, drone is not necessarily used for military purpose. On the other side, autonomous weapon is an independent weapon system which is designed for military purpose. Autonomous weapon is projected to bring forth a warfare revolution, minimize casualties from the military, and attacking target without human intervention so that it can be said as the third weapon revolution after the discovery of gun powder and atomic bomb. However, such weapon gains so many rejection from international community because of its vulnerability on operation system error, lack of capability to select target, also the degree of harm it might cause.

Sugeng opened his session by emphasizing that autonomous weapon system is inevitable, in which warfare always pushes for advancement and evolution of weaponry as a defense tool. Autonomous weapon system is an evolution of modern warfare, in which by using AI-based weapon with limited human intervention, military attempts to erase physical and psychological human limitation which is vulnerable with human error factor in order to create a more efficient warfare. However, Sugeng also explained that as the technology keeps evolving, autonomous weapon system brings several negative effects, such as the difficulties to decide the legal subject when there is civilian casualties, the loss of chivalry as a humanitarian element, also the loss of norm because of the loss of life by weapons that are not directly controlled by humans. Therefore, Sugeng concluded that the advantages possessed by autonomous weapon system makes the usage of the weapon by the military is inescapable thus a legally binding regulation is needed. 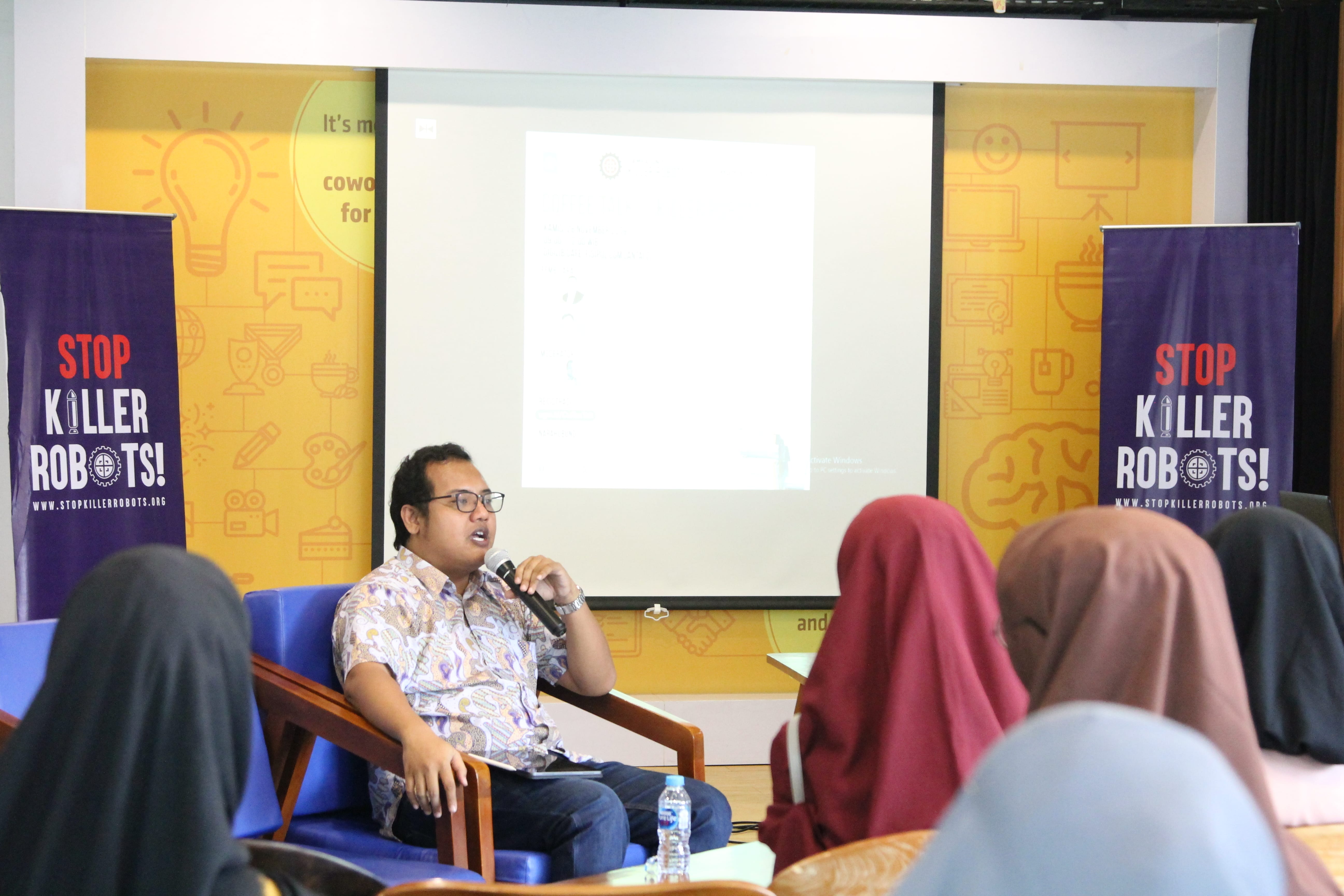 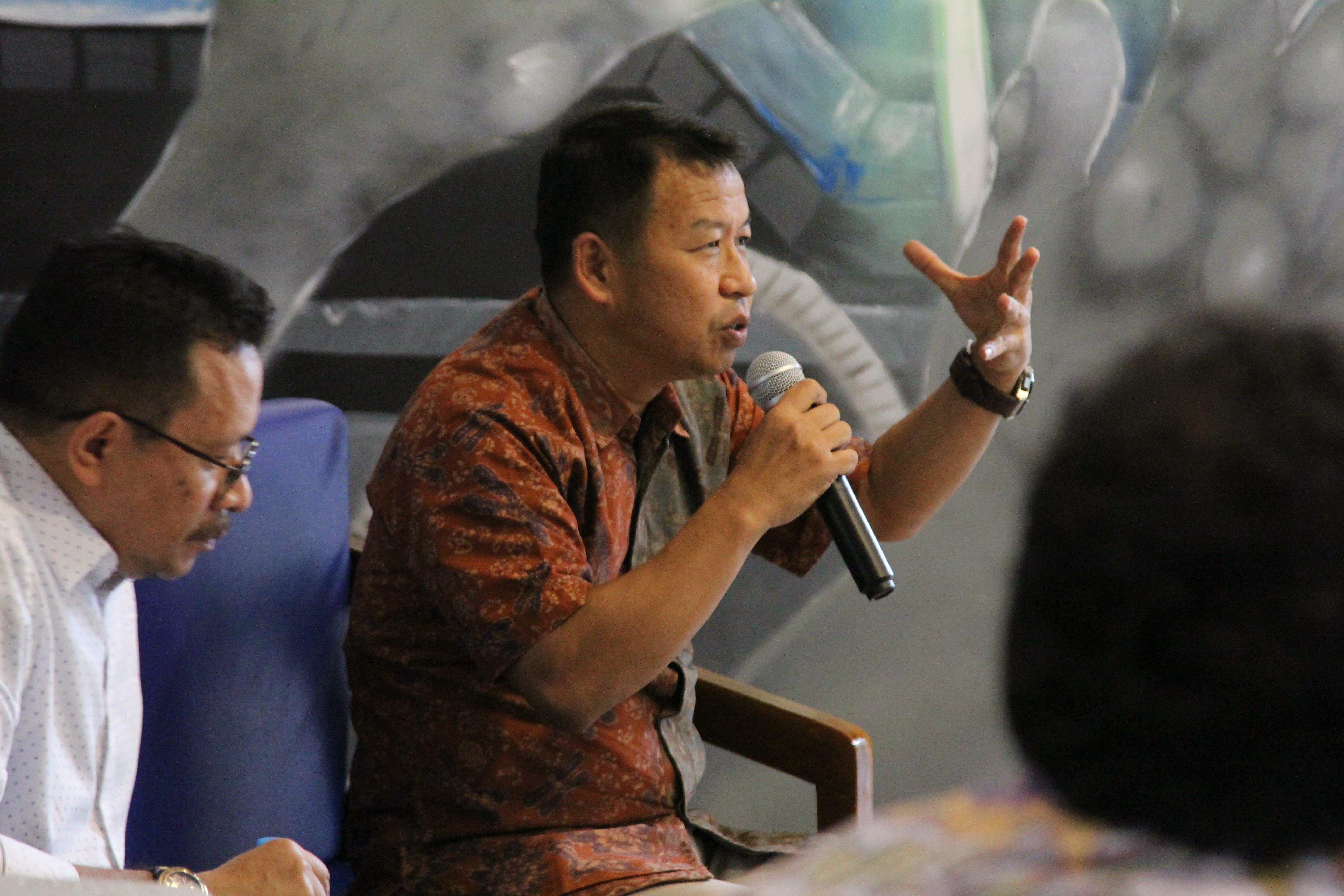 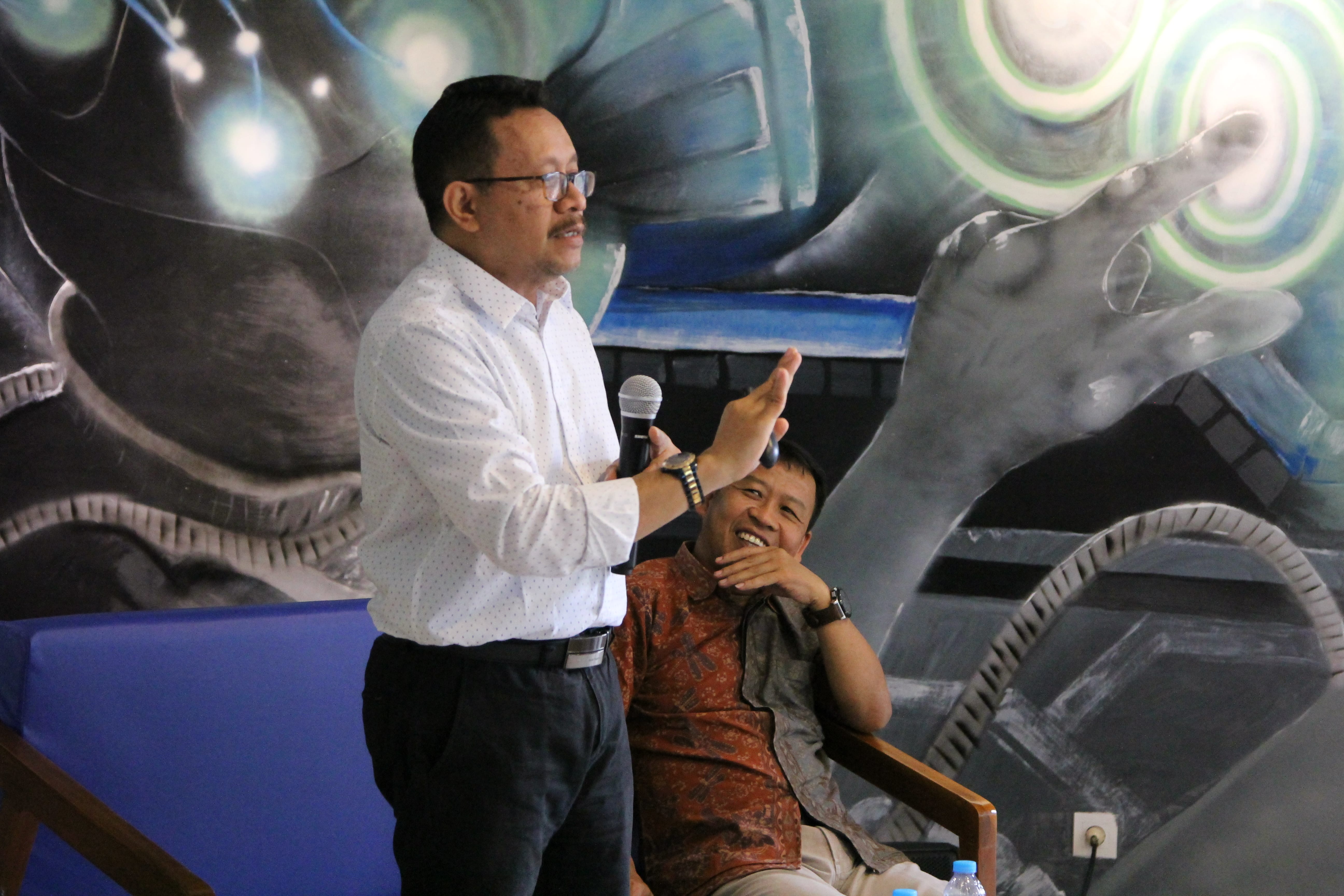 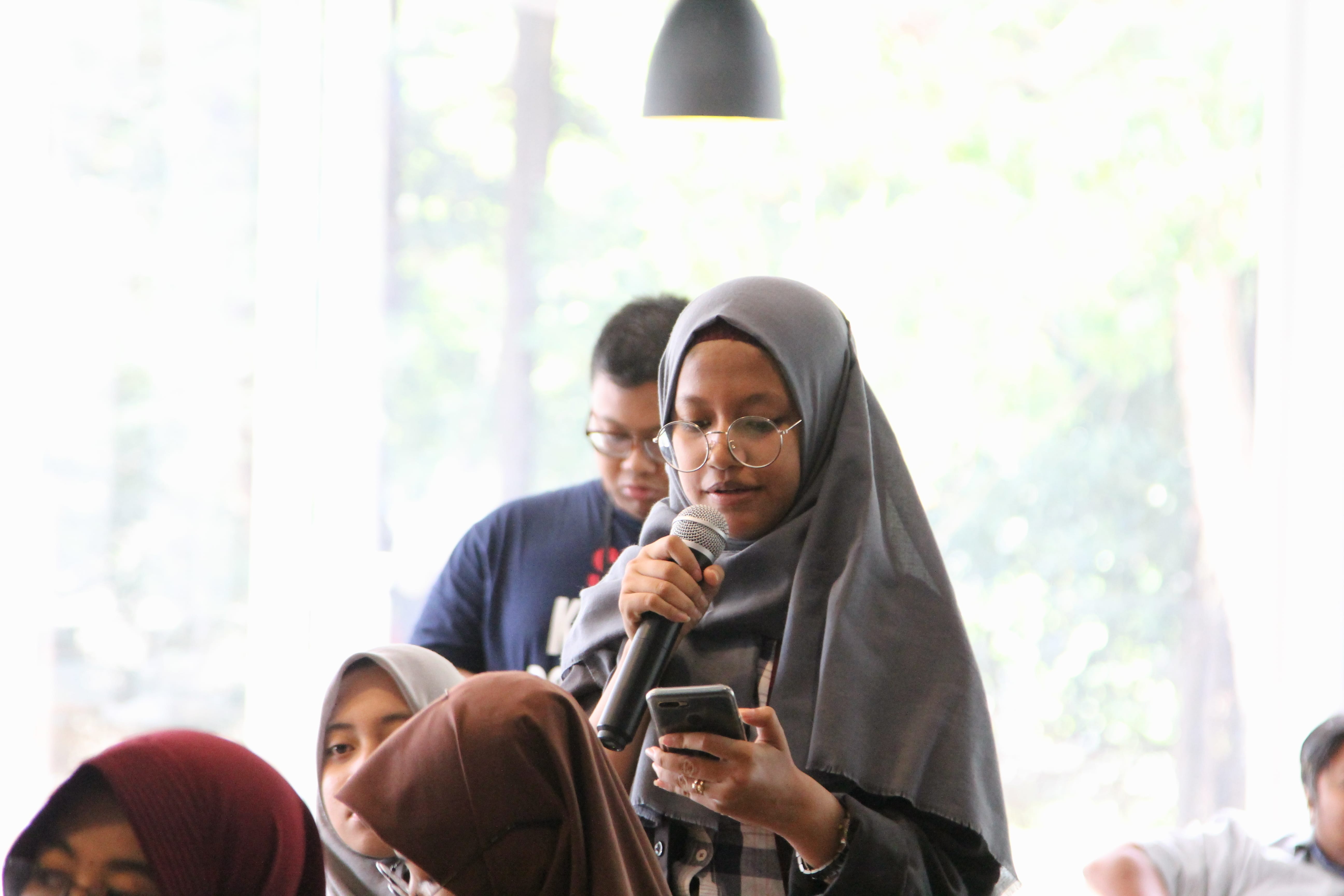 Resonating Sugeng, Rifqi also stated that military technology is indeed pushing the development of civilian technology, in which the technology development within the past 15 to 20 years has exceeded what has been able to be reached 300 years before. Rapid technological development is indeed a positive progress, but also bear negative impact. One of the negative impact can be seen in several cases, for instance is Stanislav Petrov – who had successfully prevented Nuclear War on September 26th, 1983 due to the nuclear warning system malfunction. For this case, it was the human judgment which was able to decide and prevent civilian casualties, meanwhile AI did not have such aspect. The usage of AI on autonomous weapon system forces human to be trapped in out of the loop scheme, where human is unable to interfere the decision making process of AI.This has become problematique since the scheme which should be used is human in the loop (human as the decision maker) or human on the loop (human can interfere the autonomous decision making process). Human dignity is at stake when the decision making process related to human’s life is decided by AI.

Meanwhile, regarding the role of Indonesia’s government in the middle of killer robots dilemma, Rifqi emphasized that Ministry of Foreign Affairs should take the role on pushing education in order to stop the usage and ban the autonomous weapon system. Strategy and comprehensive movement are needed in order to influence the world’s appraisal regarding smart weapons. Indonesia should be able to take the advantage its role as the Non-Permanent Member of UNSC in order to push the discussion regarding killer robots issue. Yunizar also added that in reality, Ministry of Foreign Affairs is quite slow on deciding its position. Indonesia is also lack of involvement on weapon treaties even though Indonesia has quite influential voice on such treaties. Therefore, it should be realized by the government they should express the need to ban killer robots through diplomacy. It should also be realized as well that it might be further challenge for them.